Don't Mosh in the Ramen Shop

A dream project — creating the ultimate fan collection of rarities, unreleased videos, rehearsal and concert footage, plus brand new videos made specifically for the disc.
‍
This project was groundbreaking on just about every level. It featured an interactive 360° tour of their studio – a world first. It included over 40 minutes of full screen video – again, a world first. The disc came installed with the first ever version of Internet Explorer and connected to the web. It even had an interactive store where people could order merchandise from the Grand Royal catalog. Plus, it included the original version of the song Interaglactic.

In 1994 we pitched the band a concept for an interactive CD. To give them an idea of the possibilities, we showed them a prototype I'd created for an online music store. They were blown away and immediately gave us the go ahead.

In 2012, when Adam Yauch sadly lost his battle with cancer, I went through my closet and found an old laptop which could still play the disc. I shared the above video, along with a bit of a back story about the project.

This is the intro video that plays as soon as you launch the disc. At the time, full screen video on computers was unheard of – we found a way to push the limits and achieve what nobody else had done before.

This is a mashup I cut and animated, featuring their singles, from their first record to their latest release. I got high praise on the audio mixing from the mixmaster himself, Mixmaster Mike. 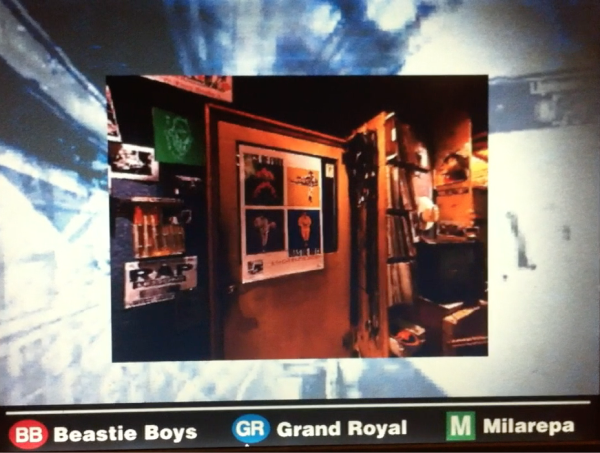 Their recording studio served as the main interface. You spin around the room and nearly everything in the room was a link to content: videos, photos, audio and various interactive content. This was one of the first interactive 360° videos ever made. 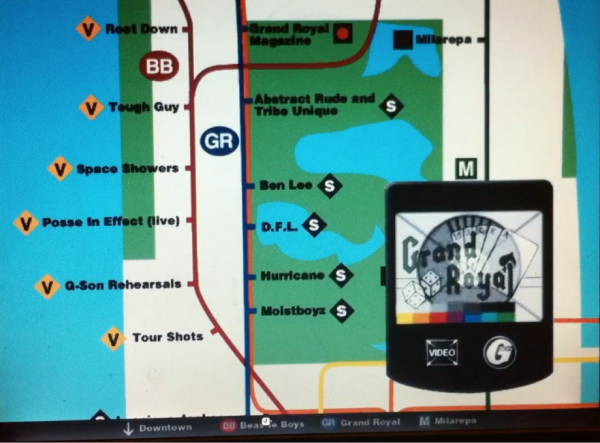 There was an alternative interface that gave you a "directory" of the major content. You'd scroll up and down the subway map to see all the content.

But the 360° room contained lots of extra little surprises and hidden treats not available through the subway.

* The preview pane was quite a feat of design and engineering.

Shut Up and Play the Hits 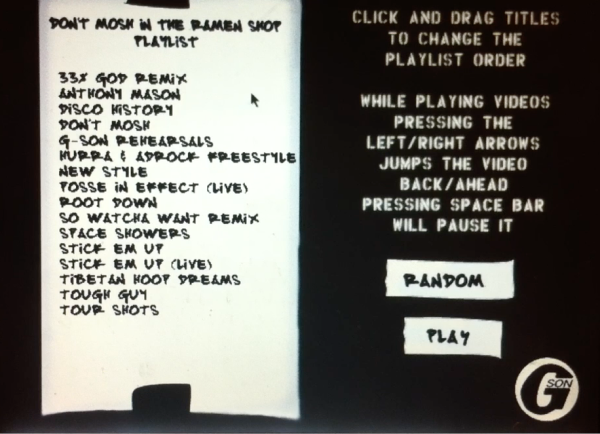 There was an additional way to watch just the videos – a playlist mode that lets you order the videos using a simple drag-and-drop, or set it to random shuffle.

I created the handwritten font for this project. It's called Fattip and it's available for free. It's been used on everything from the The Daily Show to Kanye singles, Annie's hot dog stands to Jenna Jameson's web site. 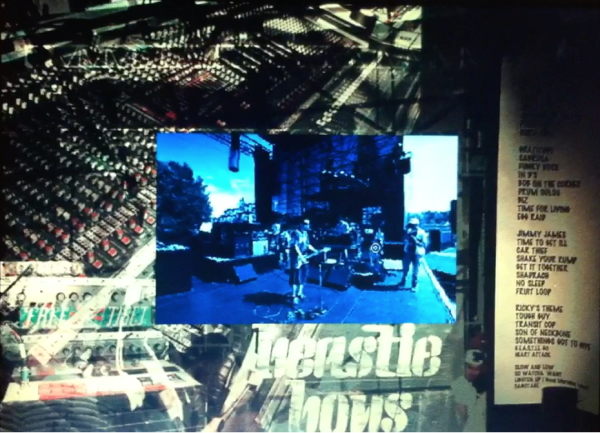 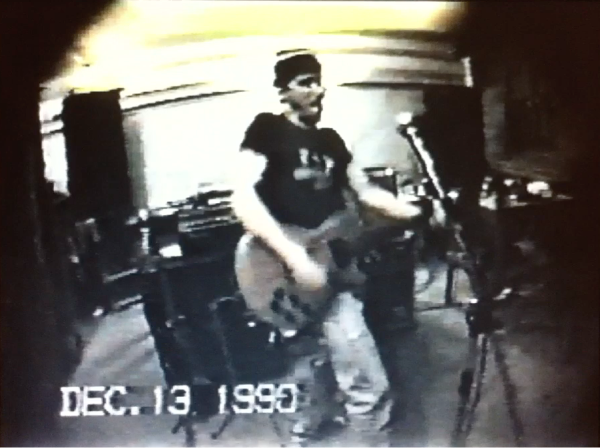 Ricky Powell, an old friend of the band, shot hours and hours of footage of the band – in the studio, on tour, hanging out. Ricky gave us access to lots of that footage and we included some of the best clips.

The Best in Men's Clothing 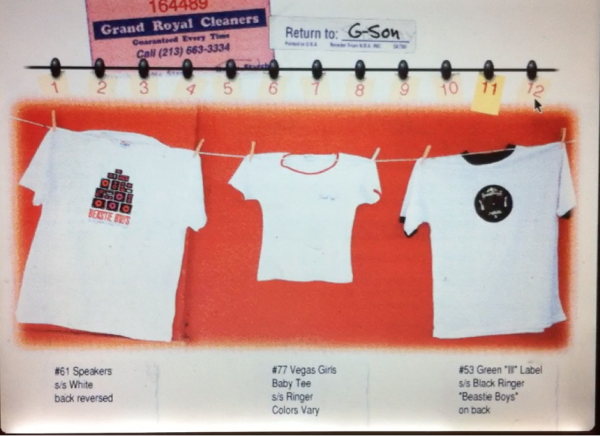 Grand Royal was a mini empire run by the band that included their own record label, magazine, and merchandise catalog. For the disc, we made an interactive version of the catalog. 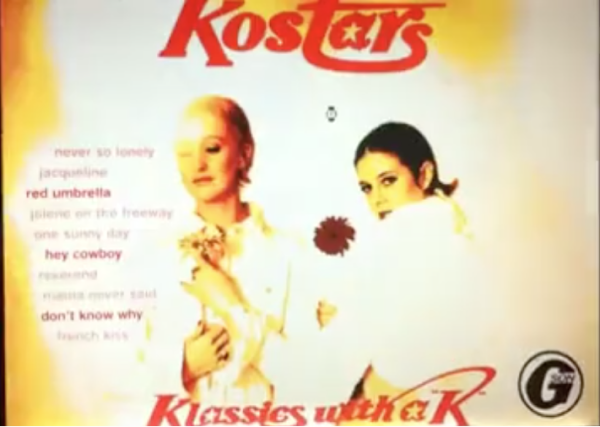 Grand Royal Records had a fairly large roster of artists. The disc featured lots of those artists, including audio and video clips. 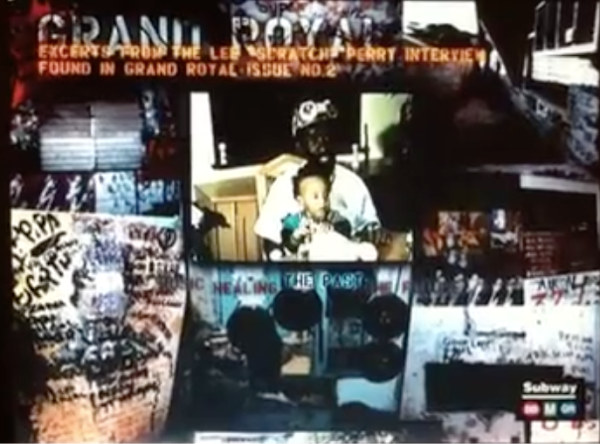 Issue #2 had an extensive cover story feature on legendary reggae artist Lee Scratch Perry. The interview is fascinating, but not nearly as captivating as watching the original interview on video – which was included on the disc. 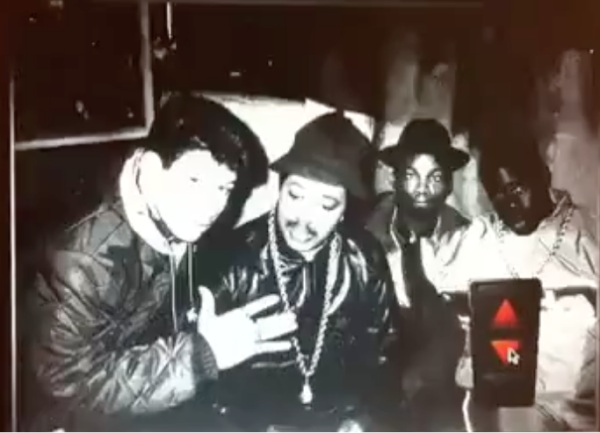 Ricky Powell was also their official photographer for years, he captured incredible moments throughout their early career. The disc included lots of those rare and unreleased photos.

Just plug me in 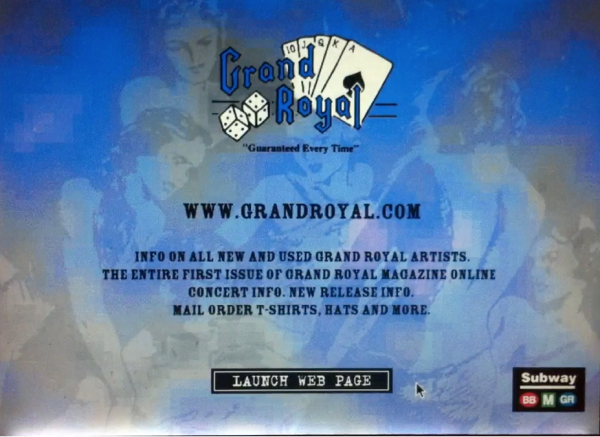 The Beastie Boys and their label had popular web sites (by 1994 standards), which we connected directly from the disc.

This disc was one of the first in the world to be bundled with v1 of Internet Explorer. 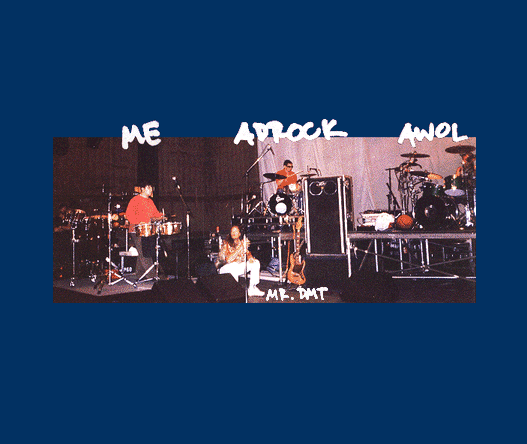 The first time we showed the band an early prototype was nerve wracking. They were rehearsing at a Universal Studios sound stage, preparing for a big tour. When we showed it to them, they were stone silent. It was terrifying. It turned out they were literally stunned by how good it was. Thank god.

Later that afternoon, I joined the band on percussion for a few songs. It was a pretty epic day.