"The most important startup you've never heard of"
Design Intern, 1992

I was hired by Megan Smith to be the first intern at the super top secret Silicon Valley startup called General Magic. The company was developing a smartphone – in 1992.

The founding team were the gods of Silicon Valley – the original Macintosh team of Andy Hertzfeld, Susan Kare, Bill Atkinson and Joanna Hoffman.
The team also included numerous future legends including: Tony Fadell, Megan Smith, Kevin Lynch and dozens of others who went on to create the iPod, iPhone, Android, eBay, WebTV and Xero, as it happens.

In 2019, a documentary film was released, showing the inside story of "the most important startup you've never heard of".

I was a design intern, working closely with Megan Smith, Tony Fadell and Bill Atkinson to design a "future" version of the General Magic devices – it was intended to be market ready in a 5-10 year horizon. 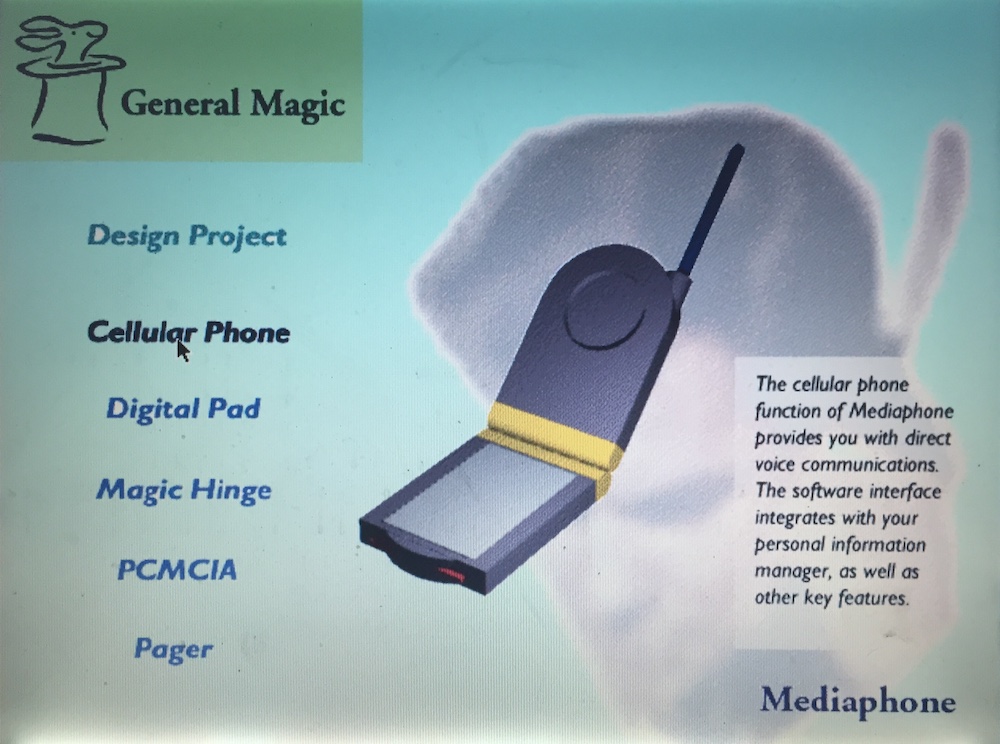 I called my concept a Mediaphone because I was more interested in using it as a digital media player for music and video, rather than a personal assistant.

General Magic formed a unique consortium of consumer electronics hardware makers like Apple, Sony, Panasonic, and Motorola. I worked closely with the Sony team, and I told them: you invented the walkman – what I want is a digital walkman, where I can listen to any song, any time, any where in the world.

How I got the internship

I studied industrial design at university. In 1990, one of our assignments was called "Futures" where we needed to design a product that would exist in 10 years. This photo is all I have left of that project – all the original source files were on floppy disks. 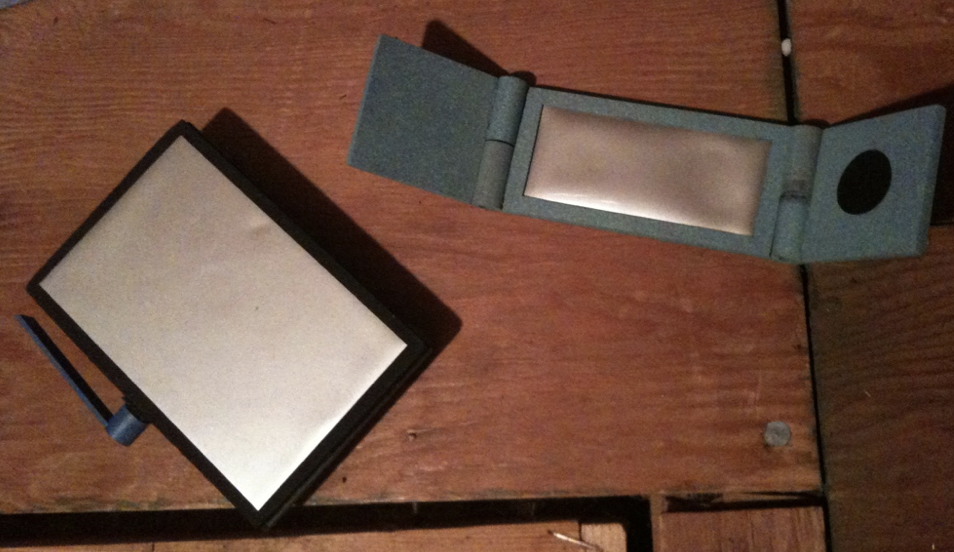 My concept was a digital tablet and phone. Keep in mind, at the time, computers and monitors were the size of washing machines and mobile phones were called "car phones" because they were the size of a briefcase – which you kept in your car.

I designed something I wanted: a set of companion devices I could go traveling with, with maps to get around, the ability to record and share photos and video, listen to music and read books. And a way to make phone calls.

Our final senior year project was to find a paid sponsorship with a company, then design a product for them. I got offers from both Sony and General Magic, which was thrilling. But there was no contest – moving to San Francisco, to work with the original Mac team, on the future of tech – it was a no brainer.